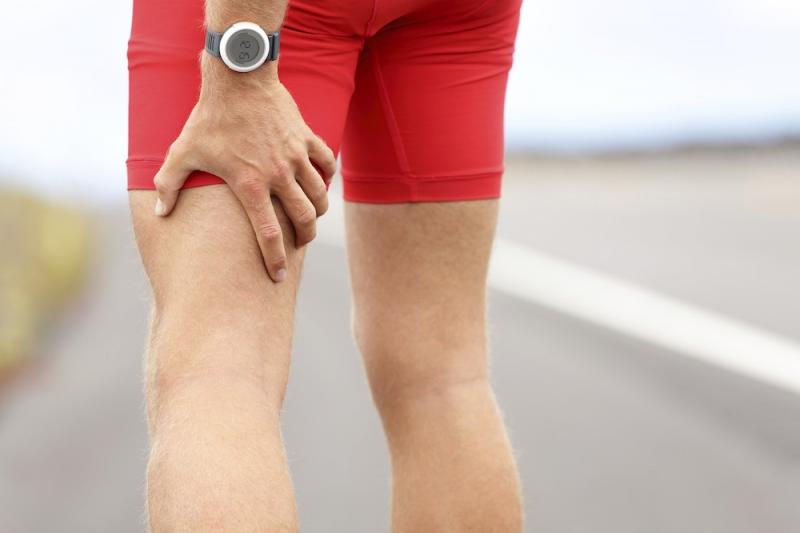 Are you hamstrung over a hamstring?

Hamstring strains and tears are both common and painful. They can strike athletes of all sorts -- including runners, footballers, and basketball players. They can also affect the beach cricketer, the “ I used to water ski “ skier or the sprint after the dog that’s got away type athlete !

But what is a hamstring?

It isn't actually a single ''string.'' It's a group of four muscles that run along the back of your thigh. The primary roles of these muscles are to bend the knee and aid in hip straightening. Collectively, these muscles are some of the strongest in the body. Despite their strength, the hamstrings are very prone to injury especially when overworked or undertrained.

You may not even notice a mild strain until after exercising or until the next day when there might be tightness, soreness and bruising.

More severe hamstring injuries include symptoms that may include a sharp, sudden pain in the back of your thigh or in your buttocks; a sensation of popping or tearing in the muscle; swelling; bruising; tenderness when touched; the inability to straighten your leg or lift it when lying down; and challenges in walking or in sitting comfortably.

Grade 1 (mild) – A few muscle fibers are either damaged or ruptured; there may be pain a day after the injury but no loss of movement.

Grade 2 (moderate) – Roughly half of the muscle fibers are torn; there may be acute pain and mild loss of function; walking may be affected.

Grade 3 (severe) – More than half of the muscle fibers are ruptured and there is immense pain and swelling; definite muscle weakness and loss of function.

What are the causes of Hamstring Tears?

A single cause of hamstring tears can be difficult to determine however, it is thought that a lack of coordination between the hamstrings and quadriceps muscles during sudden changes of speed or when kicking can cause the hamstrings to contract excessively or become overstretched, causing a tear.

Some of the risk factors that increase the risk of re-injury of hamstrings is the number of previous hamstring injuries, a deficit in full straightening your knees and decrease isometric strength when bending your knee around 15 degrees, age, fatigue, poor core stability, poor hamstrings flexibility and tight hip flexors.

For the less athletic population, its may be a combination of the body being less resilient to repetitive stress, the muscles not being used to the explosive demand and no longer training for strength and endurance.

A recent study reported approximately 70% of hamstring injuries occur during high-speed running, the other 30% during stretching manoeuvres with running injuries recovering quicker than stretching injuries. The maximal point of tenderness indicates where the tear is: the closer this point is to the seat bone the longer it takes to recover.

Once the initial pain and swelling are over it’s wise not to rush back to the previous activity level. The injured leg should move as freely as the other leg and it feel just as strong. There should not be pain as you walk or accelerate.

During athletic movements, the primary role of the hamstring is to decelerate the lower leg as it swings through. It is a control thing, and that means the hamstring has to lengthen, as it contracts. This is called an “eccentric” contraction and places more stress on the muscle, hence the high incidence of injury during this movement.

An important trial has shown that patients recovered significantly quicker using exercises that involved lengthening the muscle.There are 3 specific exercises used which can be started 2 days after the onset of injury.

There are 6 stages to effectively rehabilitate these injuries and prevent recurrence.

Stage Three : Initial Strengthening is isometric then very light to no resistance through range

Our physiotherapists can help you rehabilitate your hamstrings and prescribe a course of exercises for the appropriate stage. Each stage needs careful monitoring and progression

Our Physiotherapists are trained in hands-on “manual” therapy to move and treat muscles and joints to improve motion, flexibility, and strength. These techniques can target areas that are difficult to treat on your own and may aid in the recovery of soft tissue injuries.

Hamstring strains have a high chance of recurring. However, everyone can take steps to prevent a hamstring injury by warming up properly before exercising; avoiding the temptation to ramp up the level of a new activity too quickly so the body has time to accustom itself; and knowing and learning proper movement techniques for both sports and lifting/moving heavy items.

Interestingly research has consistently shown that the most important factor in preventing hamstring tears is having high eccentric strength in the hamstrings.

Hamstring injuries may occur with compensatory overactivation due to muscle and joint imbalances and biomechanics. Often Lower limb injuries are a result of underactive control of the gluteal muscles and trunk stabilization. With trunk stabilization, the emphasis is on the control of your trunk when twisting and turning. It has been researched that rehabilitation programs consisting of progressive agility exercises is more effective than a program solely focused on hamstring stretching and strengthening in promoting return to sports and preventing re-injury from an acute hamstring strain.

Speak further with our Physios for thorough assessment, treatment, management and prevention of further Hamstring injury.

View us on Physio Advisor
Make an Appointment